The program has 8 playoff appearances in class AAA including finishing runner up in 1999. The Warriors currently compete in the Mountain State Athletic Conference.

Riverside plays their home games at Warrior Stadium on the campus of Riverside High School. Opened for the 2000 season the opening game against the South Charleston Black Eagles was delayed for hours due to a lightning storm. The Warriors prevailed in overtime 13-6. Warrior Stadium wouldn't see a Riverside defeat until the 2002 AAA semifinal playoff matchup against the Parkersburg Big Red.

Marching Warrior Band: Comprised of members of the student body; the Marching Warrior Band plays in support of the warriors. Forming a tunnel for the players to run out before kickoff of each home game at Warrior Stadium they also preform the fight song after each Riverside Score! In addition the band preforms during the halftime of each varsity game. 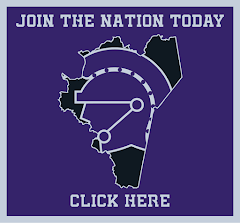